It's not news that Sydney's property market has experienced some tough times as of late, but as we cross the mid-year point, investors and analysts are feeling optimistic about the future.

This sentiment comes as Sydney experienced growth for the first time last month since peaking in July 2017. Ok, sure it was only 0.1%, nothing to get too excited about just yet, however, it may point to the fact that the market is beginning to bottom out, and the worst is behind us.

Those looking to buy, sell or invest in Sydney's property market may still be hesitant about making their next move, and that's fair enough - times have been turbulent. But is there any growing consensus among analysts? And what is generally predicted for the next year ahead?

To help tell the future, we pulled together some thoughts from leading economists to outline how 2020 might look. Firstly, let's take a look at some recent developments that may be starting to spell.

If you've been biting your lip watching Sydney's house prices in the last year, the last few months will have come as a major sigh of relief. Looser credit lending measures, lower interest rates, the results of the recent federal election, as well as an increase in consumer sentiment, are all factors that look like they will shape the market in the months to come.

"In June, the Reserve Bank of Australia cut interest rates from 1.5% to a new record low of 1.0%"

Your home in today’s market?
Compare and find out how much your property is worth
Get your free estimate now

With all these factors considered, it finally looks like the tide is changing. With the scene set, let's take a look at what the experts are saying and what we can expect for the rest of the year and into 2020.

Domain
Economist Trent Wiltshire
Leading Domain Economist Trent Wiltshire has stated in a recent report with Domain that we can expect property prices in Sydney not to fall any further - in fact, we may even experience a small period of growth of both 2% for houses and apartments leading up to December.
A major reason cited for this change is the RBA's interest rate cut, coalition election win and potential change to lending rates. According to Wiltshire, modest growth can also be expected in 2020 with a 3-5% increase for houses and a 2-4% increase for units.
"The big factors contributing to prices bottoming out is what has happened in the past few weeks... it turned around the market's thoughts," said Wiltshire. "People will be able to borrow more and that should follow through."
Despite this, Wiltshire believes Sydney properties will expect subdued growth for the foreseeable future.
CoreLogic
Moody's Analytics
Moody's Analytics from CoreLogic hasn't quite given such an optimistic view, with houses in capital cities predicted to fall -7.7% this year and units tipped for a -4.3% decline. Moody's states that although apartments are tipped to slide less than houses in the short term, they may actually keep declining in some areas for years to come.
Specifically for Sydney, Moody's says to be wary of the Ryde area, which is tipped to fall -15.8% in 2019 after already sliding a considerable -11.3% in 2018. Overall, in the next two years Moody's expects: 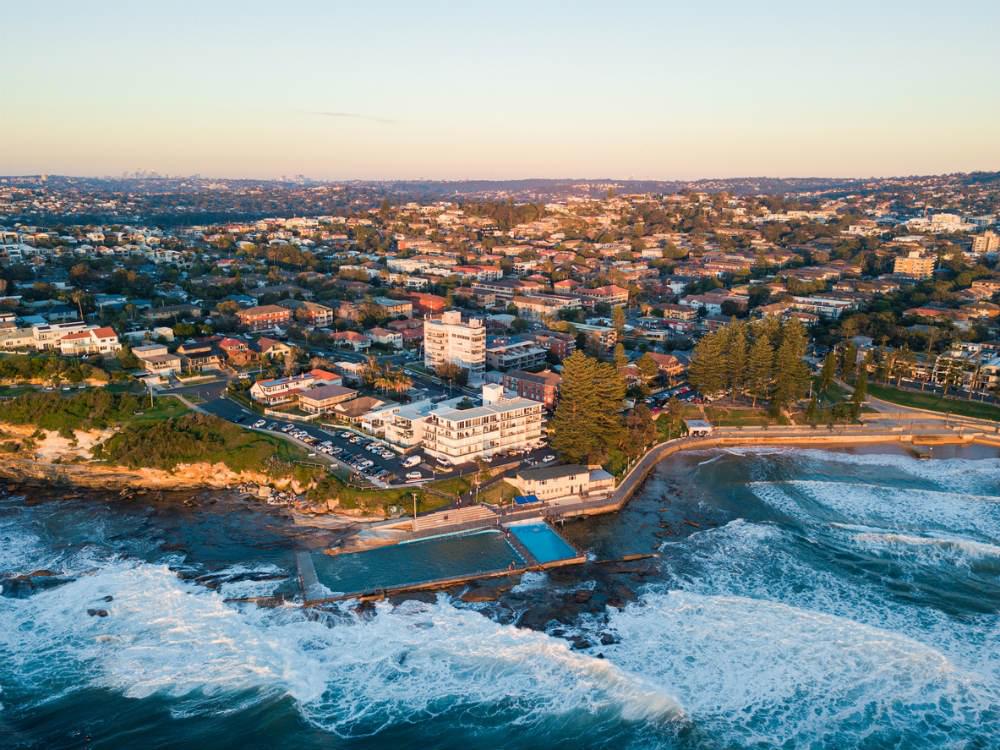 BIS Oxford Economics
Associate Director Angie Zigomanis
BIS Oxford Economics forecast has predicted a slower rebound for property prices in Sydney, citing a recent home building surge. This extra supply of dwellings is touted to cap the market's bounce back.
"Supply is running at record levels, with new dwelling completions having exceeded 200,000 in each of the past four years and expected to have peaked at a record of just under 227,000 dwellings in 2018/19," stated BIS Oxford Economics Associate Director Angie Zigomanis.
Sell or Hold
Head of Research Jeremy Sheppard
Jeremy Sheppard, Head of Research at Sell or Hold told the New Daily “after the trough comes the plateau” and that “we're likely to see the trough sometime in the next six months and I would be predicting pretty much zero growth in Sydney for the next three years.”
This news probably won't come as a welcome to investors, however, it's unlikely that the market will fall much below its current value
QBE
Housing Outlook
Like most of the expert opinions on this list, QBE Australian Housing Outlook predicts the Sydney property market to bottom out towards the end of this year, taking prices around 11% below the market peak in 2017.
Looking forward to 2020, little to no change is forecasted for the year. However, by June 2021, investors prepare yourselves! Rental growth and rental yields are tipped to rise, and median house prices are expected to hit $1,090,000, while median unit prices reach $745,000

Where is the Sydney property market headed?

Although there are a few common trends, it's clear that there isn't really one clear perspective as to how the Sydney property market will change over the course of 2019/20.

After taking a look at what the experts had to say, however, it's also clear that most analysts seem optimistic about the changes being made to lending measures announced by APRA, the interest rate cuts and the promises of comprehensive credit recording. All these measures will do more to solidify an already growing consumer confidence.

So what can we safely say about the next few months and years ahead?