Best areas in South Australia to buy property in 2019 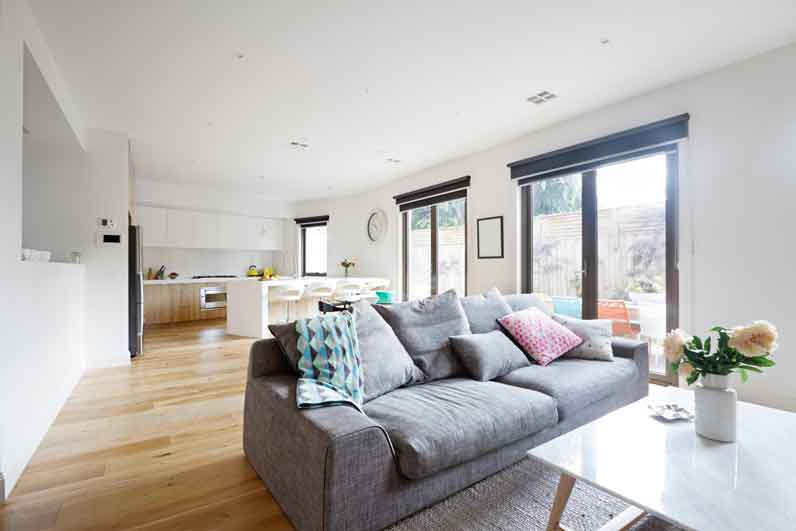 See our updated predictions for where to invest in Adelaide in 2019.

First home buyer or looking to invest?
Buying a property is a big financial decision. We help guide you through the process with helpful tips and advice along the way.
Get your free buyer's guide

What did the property market look like in Adelaide in 2016?

Real estate agents say that after a little flurry at the beginning of the year, the Adelaide property market has stalled as the city has few drivers of growth and the highest unemployment of all Australian capital cities.

The news was bad for those preparing to sell an investment property. The Domain House Price Report reveals that Adelaide house prices decreased marginally over the September quarter, falling by 0.3 per cent to $494,911. However, this follows a strong annual growth of 2.8 per cent.

“Adelaide unit prices also fell over the September quarter – by 1.3 per cent to $301,939. This was the second consecutive fall in unit prices and the sharpest fall recorded in three years.”

Adelaide unit prices also fell over the September quarter – by 1.3 per cent to $301,939. This was the second consecutive fall in unit prices and the sharpest fall recorded in three years.

“Following six consecutive quarters of growth, the Adelaide market has consolidated with a marginal weakening of house prices. Despite an underperforming local economy, house price growth in Adelaide has proved resilient and looks likely to resume over the rest of 2016, reflecting recent strong results of the spring auction market,” said Domain chief economist, Dr Andrew Wilson.

“There are no rises. There are no falls. It’s just flat for both the sale and the rental market.”

“There are no rises. There are no falls. It’s just flat for both the sale and the rental market.”

In the Christopher’s Housing Boom and Bust Report 2017, he notes that in the city itself, there is some short-term upwards pressure on asking rents for houses. “But this is not really confirmed with the vacancies in the area, which have actually gone up. So I think that rents will stay flat for another year and recent gains in rents for houses will struggle to hold.”

The east of the city seems to be recording a rise in vacancies – from 2 per cent at the start of the year to 2.8 per cent now. And asking rents have slipped 3 per cent over the period.

Northern Adelaide, however, is has seen vacancies fall through the course of the year from 2 per cent to 1.6 per cent. “Still there has been no follow through yet with rents actually down a touch on houses and flat for units,” says Christopher. “That may well change in 2017 if vacancies stay at these levels or fall further.” 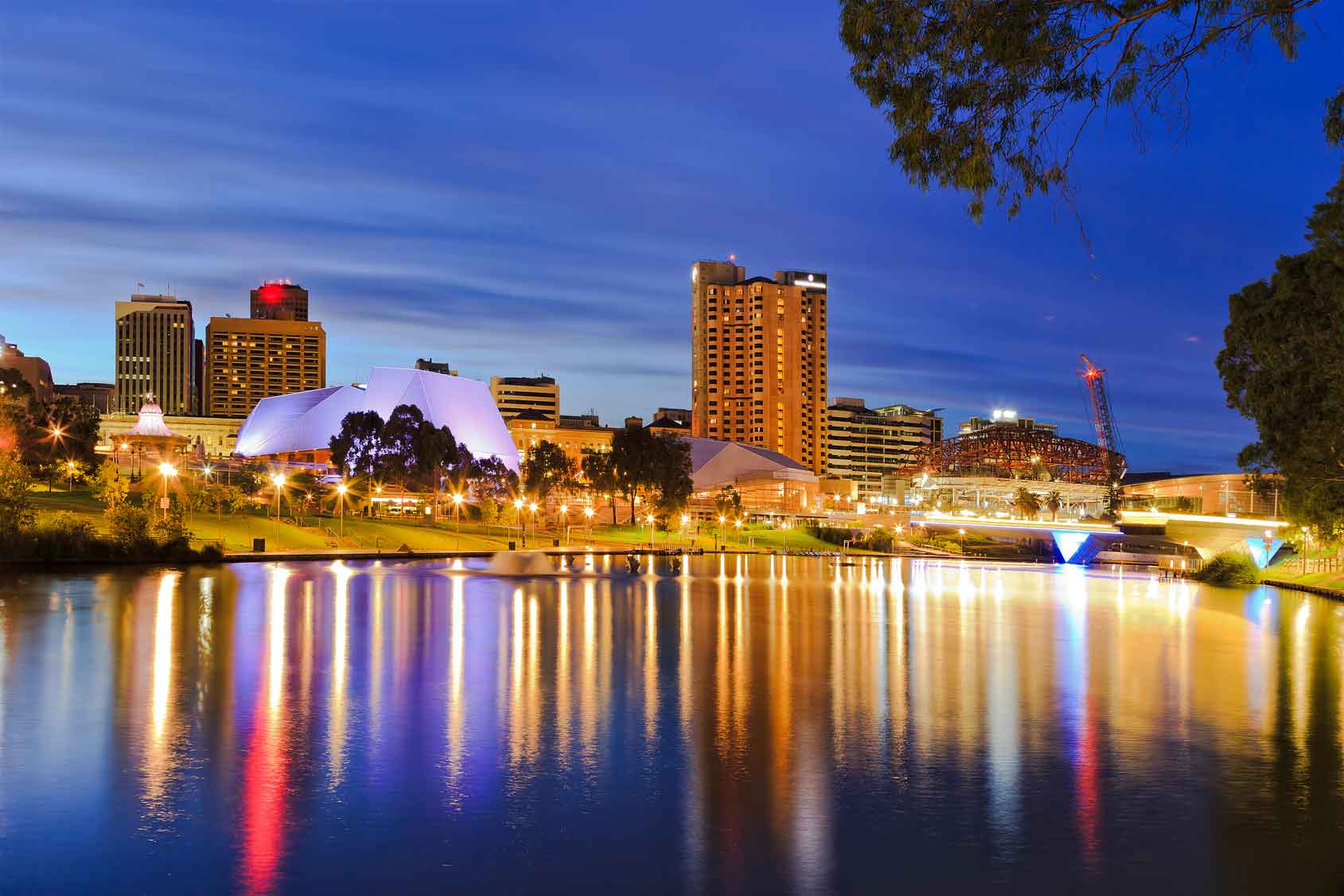 Suburbs with the highest growth

September quarter data released by the Real Estate Institute of South Australia (REISA) show that suburbs which saw the largest growth over the previous 12-month period were Gulfview Heights, Sellicks Beach and Mile End. Other big movers included Elizabeth Park, Brooklyn Park and Glengowrie. For those selling an investment property, the best suburbs in terms of recorded sales over the September quarter were the perennial number one, Morphett Vale, Flagstaff Hill and Hallett Cove. Other performing suburbs included Paralowie, Aldinga Beach and Woodcroft.

"We have found ourselves in a long-hold property cycle.”

“I have spoken to many senior sales agents … and they are all telling me that many clients are waiting until the weather picks up before venturing into the market. I have also heard that many vendors are reluctant to sell – particularly in the downsizing area – because of the exorbitant stamp duties that currently exist in this state.

This, of course, leads to the situation where you have a limited stock supply and fewer people conducting a real estate transaction. We have found ourselves in a long-hold property cycle.”

Herron Todd White, the largest independent property valuation and advisory group in Australia, confirms the continuing issue of limited stock in many suburbs of Adelaide, particularly those within proximity of the CBD and in particular on the city fringe.

“We are hearing increasing feedback from selling agents in areas such as Parkside that many properties are being transacted privately without any exposure to the market. This has happened due to the low stock levels close to the CBD.”

He says the market he services is showing good growth. “Most of the Salisbury areas have done pretty well. We are getting investors from interstate, for example Sydney and Melbourne. We offer good pricing compared to what they can afford,” he says.

He recommends the suburbs of Elizabeth and Salisbury to investors. “Here you can get closer to Adelaide and can buy properties on larger blocks so they will get a bigger return.”

What did the property market look like in South Australia in 2016?

According to Ouwens, REISA September quarter statistics show that South Australia overall recorded growth of 2.56 per cent compared to the same quarter last year. This, however, was a 2.44 per cent drop from the previous quarter.

The unit and apartment market showed a 0.3 per cent rise in the median value compared to the same quarter last year, but this represented a 5.03 per cent drop from the previous quarter.

Sales were affected by the wettest winter in over 60 years, but Ouwens expects a bounce back. “The warmer months and the increase of stock on the market will bring more vendors and purchasers into the marketplace,” he says.

"Suburbs which have seen the largest growth over a 12-month period are Port Augusta, Renmark and Millicent with jumps of 36.36 per cent, 31.03 per cent and 25.56 per cent respectively."

The Valuer-General’s median house values for the September 2016 quarter show the regional housing market recorded a median house value of $260,000. Ouwens says this represents a fantastic increase of 4 per cent from the same quarter last year, but is down 0.95 per cent from the previous quarter. “While sales are down – as was expected – it is great to see the median price hold up so well.”

Suburbs which have seen the largest growth over a 12-month period are Port Augusta, Renmark and Millicent with jumps of 36.36 per cent, 31.03 per cent and 25.56 per cent respectively.

Top selling suburbs in terms of recorded sales over the September quarter were the perennial Top 3: Victor Harbor, Mount Gambier and Murray Bridge. 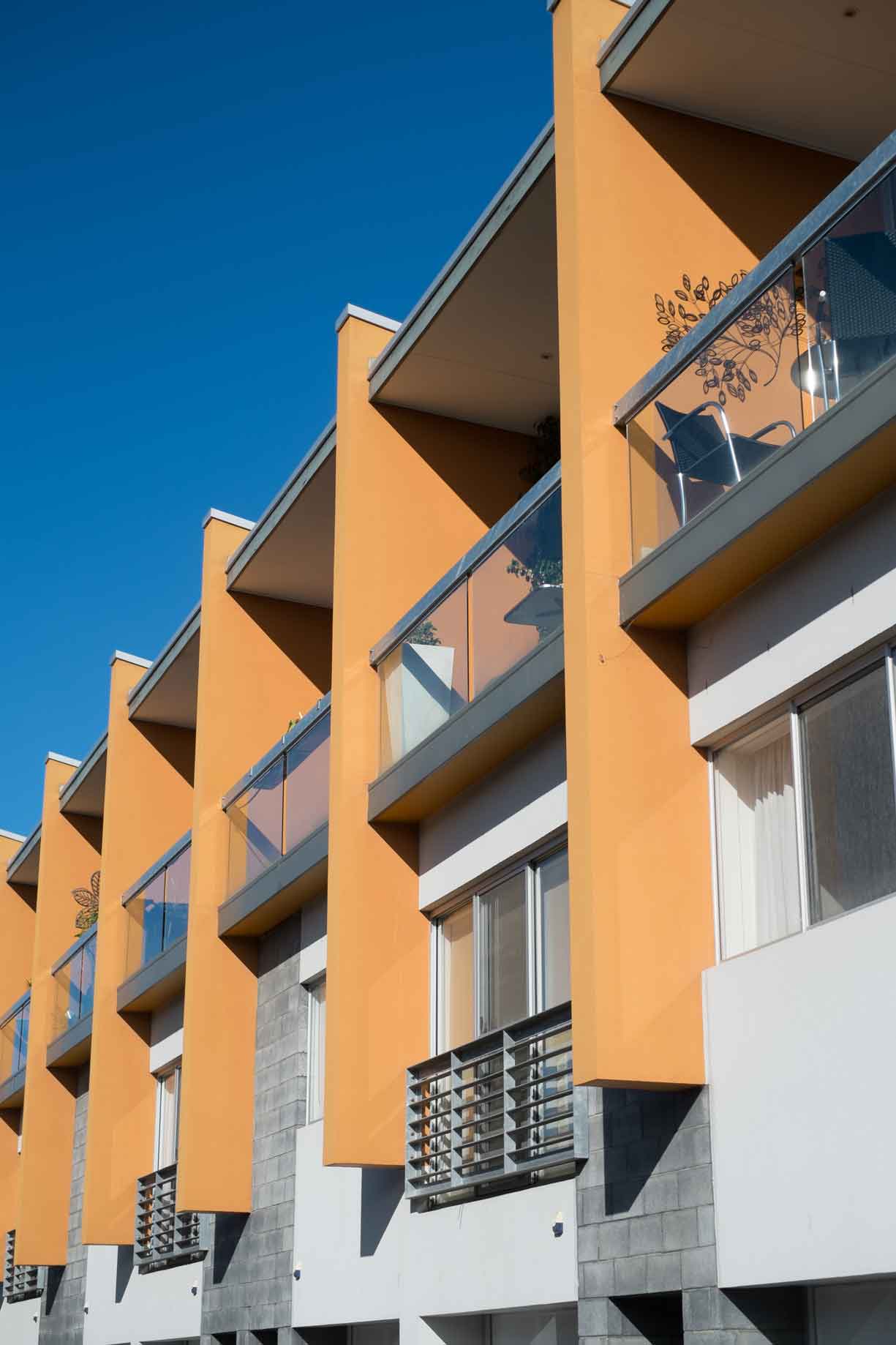 Is South Australia still a good state to invest in?

According to QBE’s latest Housing Outlook report, prepared by analysts BIS Shrapnel, the South Australian economy is forecast to face some adverse economic headwinds with the manufacturing sector suffering from the relatively high Australian dollar making them less competitive with their their lower cost competitors overseas.

It adds that with the completion of several public engineering construction projects, such as the Noarlunga Line Electrification, the South Road Superway and the Southern Expressway Duplication, public investment will decline significantly. There are few projects to fill the void in employment growth. In addition, the scheduled closure of the Holden manufacturing plant in Elizabeth in 2017 is expected to further drag on the economy.

Some job creation should come from increased ship and submarine building, but with few other large employment drivers, the state economy is expected to struggle for growth.

The QBE/BIS Shrapnel report adds that dwelling construction activity in Adelaide peaked in 2015/16. Underlying demand has not kept pace and an excess in dwellings is believed to have emerged in Adelaide in 2015/16. Furthermore, this surplus is expected to accelerate as underlying demand remains weak, brought on by softening economic conditions.

This is expected to put pressure on vacancy rates, which were already climbing above the balanced rate in June 2016 at 3.3 per cent. As rental yields fall and competition increases for tenants, investor demand is expected to contract leading to limited house price growth, says the report.

“The low interest rate environment, with the possibility of further cuts over the next year, is expected to boost housing affordability.”

Nevertheless, the low interest rate environment, with the possibility of further cuts over the next year, is expected to boost housing affordability. The ratio of mortgage repayments on a median priced house is forecast to be around 21 per cent, which is the lower end of its range over the past 20 years. 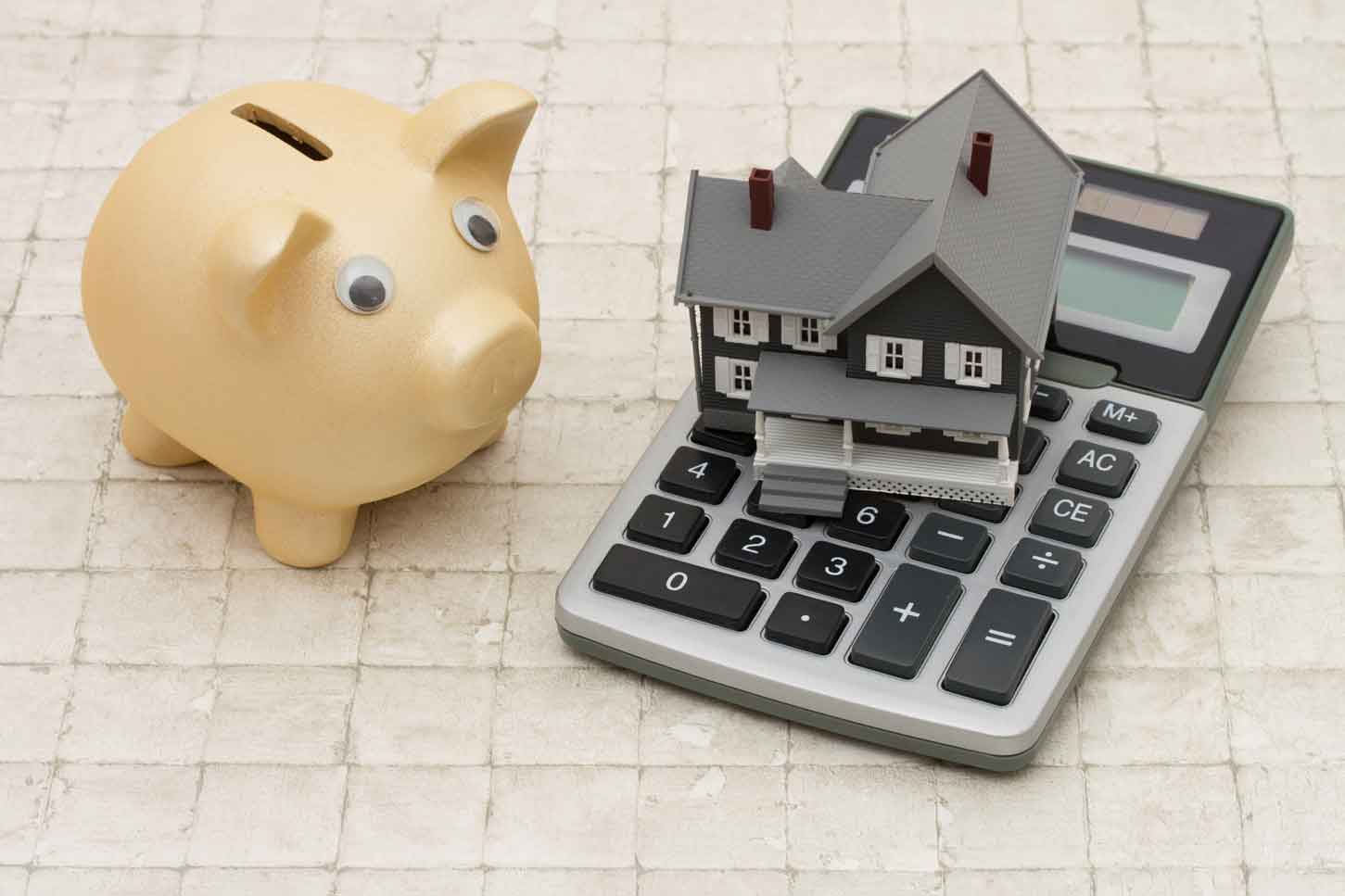 Looking ahead: how are Adelaide property prices expected to change in 2017?

The report also notes that compared with the east coast capital cities, Adelaide does not experience the same level of new unit or apartment development activity. As a result, the unit market in Adelaide is forecast to move in line with the forecast for house prices. However, much like the other state capitals, investor purchasers are more prevalent in the unit market.

Tighter restrictions on investor lending is seeing a decline in investor demand and, as a result, median unit prices are forecast to remain relatively flat over the three years to 2019, declining an aggregate 0.6 per cent over this period to $340,000 at June 2019.