OpenAgent has just announced the winners of the 2018 Home Seller Choice Awards. We’ve picked the top performing real estate agents based on categories of responsiveness and exceptional customer reviews.

We've got an exclusive interview with Ian Boyle, who has been in the industry for 9 years, representing Ray White Berkeley Vale. Having received a number of awards, including the Home Seller Choice Awards for 3 years running now, Boyle is a top tier real estate agent on the Central Coast, bringing to the industry a wealth of knowledge and experience. 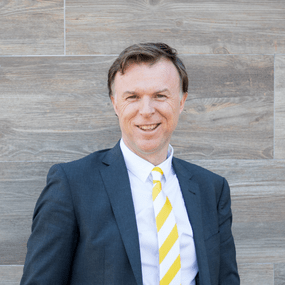 In addition to Boyle, we've also got David Johnson from Award Group Real Estate in West Ryde, who has been in the industry for 17 years. Entering his profession at a time where the real estate market was experiencing a plunge, Johnson has grown from the experience of both good and bad markets. Capitalising off all that he's learnt, Johnson has become a top performing agent and won the Home Seller Choice Awards for four years running now.

Having said that, let’s take a dive into what both Boyle and Johnson have to say about what a top performing agent looks like in NSW.

What has changed in NSW's real estate market?

Boyle highlights that the market is continually evolving and growing. He also indicated that it’s become a tougher scene since he first started his career in real estate almost nine years ago.

"All the experience I've gained from being an agent for nine years has really helped me to compete in this fiercer market."

Johnson easily agrees, highlighting how over the course of his career he’s watched how the industry has changed, yet is thankful for his experiences.

They both also recognise that choosing the right agent has become increasingly critical in today's real estate market.

"The challenge is choosing between an older agent who has more experience in the area or a younger agent with different selling points. Every individual is different and wants different things out of an agent."

What areas do you service?

For Boyle, Berkeley Vale is his main area of service.

"At Ray White Berkeley Vale, we primarily look after the 2261 postcode. We specialise in this area and its surrounding suburbs, and one of my favourite things about it is that most of the people from this office are born and raised here - they're real locals."

He goes on to express his deep connection with the community, making it a personal point to try and engage with them as much as possible through sporting events.

Johnson, on the other hand, services West Ryde with the postcode 2114 and also expresses a similar sentiment for the area he oversees. Over the years, he says he's also gained a concrete understanding of the local environment and an appreciation for the family markets.

"... we sell a number of investment properties, but it's always a breath of fresh air when we're dealing with families who are making a move and transitioning to another stage of life."

What was an above and beyond moment?

Typically, the concept of going above and beyond for someone - whether client or not - is about putting in the extra unmerited effort for them and delivering to them more value. This can mean different things to different people, but for Ian Boyle, this meant accepting an offer from a buyer in the middle of the night.

"A couple of years ago, I had a chap visit one of my open homes on a Saturday. He seemed to have fallen in love with the property. The following Sunday morning, I got a missed call at around 2am in the morning. I woke up thinking 'Who would be ringing me?'. I called back and a male voice responded back saying 'Hi, it's Jeff. I can't sleep. I really love that house and I can't stop thinking about it.'. So right then and there, he made an offer... and I helped him through the process."

"Being a real estate agent, it’s really a 24/7 type of job. At the end of the day, we live in a day and age where people expect information straight away. We have to be accessible to our customer, our buyers and vendors at all times."

What do you love most about your job?

Being a real estate agent can offer many benefits. For some, the variety of the role makes no two days ever the same and is what draws people towards this profession, but for David Johnson, the rewarding nature is what he loves most.

"For some, the variety of the role makes no two days ever the same and is what draws people towards this profession, but for David Johnson, the rewarding nature is what he loves most."

"It's rewarding when a seller or buyer has confidence in you - not only to act out in their best interest but also to transact with what is most likely their biggest asset."

How do you accommodate to everyone's needs?

On the topic of delivering value to vendors, Boyle suggests that the first step to accommodating people's various needs is to understand them.

"I’m an older agent - I’m not a twenty year old anymore. I build on life knowledge and work around my vendor's needs by being understanding... I want people to feel confident in the decisions they’re making because, at the end of the day, it’s their home that they’re selling..."

How do you build positive habits?

According to Boyle, "We're in a generation where everyone has different social and communication habits. Most often, buyers text me with an offer for a property, and most often than not, my response is to come back to them with a phone call to confirm things. I think people are often shocked by this because, call me old fashioned, I like talking to people and building that direct connection."

"When buying or selling a home, I believe it’s really important to talk on the phone and meet face to face to avoid confusion."

As a real estate agent, it's crucial to gain an understanding of a vendor's needs and what they're looking for in prospective agents. Outlining this can be really beneficial as it’s not just a matter of how much agents can personally do for them, but it’s also a matter of what they want from an agent and what they expect of them.

"... it's not just a matter of how much agents can personally do for them, but it's also a matter of what they want from an agent and what they expect of them."

"Having a sit-down chat, talking about where they’re going, what they’re doing, and figuring out timeframes really helps to outline a list of goals - it helps to ground what they want to do going forward. Having this initial chat in the beginning really builds the foreground for the future and its expectations."

Need some tips? Have a read about preparing for your first meeting with an agent.

Most often than not, people believe that being a real estate agent is about running a one man band. However, Johnson makes it clear that working in a team is key to individual success.

"Most often than not, people believe that being a real estate agent is about running a one man band. However, Johnson makes it clear that working in a team is key to individual success."

"Working by yourself is great, but you’ve got little diversity and almost no options. One job might take up the equivalent time of three jobs. But when you've got the help of a team, someone is always there to help".

Johnson further highlights his point, "Rather than doing something that isn't particularly within my strong suites, my time may be better spent servicing customers and clients, as I highly value customer care and service... Working in a team is great because we all have our own individual roles and skills - not everyone is a superstar at everything." 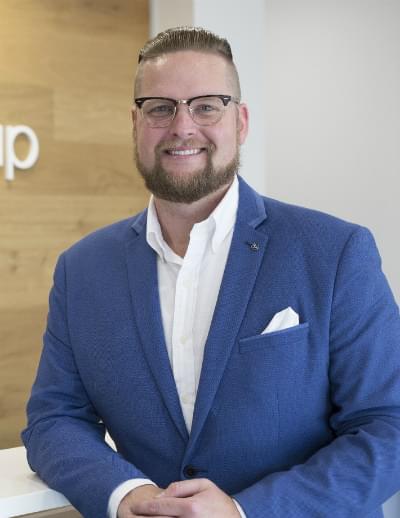 Is personal branding everything?

Boyle believes a strong personal branding within the local community is crucial for success.

"I enjoy buildinga strong social connection with my clients through social media and other avenues. I’ve spent the last eight years sponsoring local sporting teams in the area and working quite hard on Facebook - posting and advertising listings and connecting with potential vendors."

"I enjoy building a strong social connection with my clients through social media and other avenues".

"Getting out in the community and making your name known is important - it’s builds a foundation for word of mouth to spread."

Why is transparency important in the industry?

As a real estate agent, transparency is not only integral for the duty of care they carry, but it's also pivotal as vendors rely on the information being given to them in order to make their most informed decisions. For this reason, Johnson places a strong importance on transparency, communication and honesty in all aspects of vendor relationships.

"A lie is always going to come out... the last thing you want is to be seen as misleading and untrustworthy."

"Personally for me, I’ve always been honest with my vendors and have always set realistic expectations. Because of this, I sometimes miss out on opportunities as they expect a higher sale price. But then I see those properties go on the market with a significantly higher price expectation and those listing sit for months not being sold".