The Secrets to Success as a Real Estate Agent - John McLeod 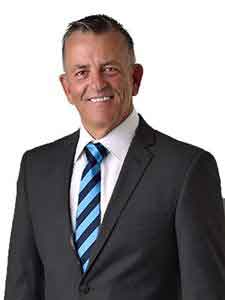 The real estate industry has come a long way since John McLeod, the owner of Harcourts Bulimba in Brisbane, first started 23 years ago.

“Back then there was no RP Data or mobile phones. My database was the phone book. When I got my first job I was told: ‘Here’s your desk and phone and away you go.’ Basically that was the training you got back then,” he recalls. “We used pagers. When you got a call, you had to pull over to the side of the road, take 30c out of your pocket and use a public phone booth to find out what people wanted.”

Unfortunately, some changes that have taken place in the industry since then don’t please McLeod. “The industry has a lot of people who aren’t professional these days,” he says. “Every Tom, Dick or Harry wants to be a real estate agent. They jump into their Mercedes convertibles that they’re still paying huge loans on, put on their sun glasses and think they can be a real estate agent. You don’t need a flash car to do this job. What’s important are your results.”

McLeod believes one of the biggest secrets to success in real estate is to not over-promise and under deliver – a mistakes he believes too many other make.

“Reputation is very important. Money can’t buy a reputation,” he says. He's also learnt to always be truthful about a property.

This honesty has certainly paid off, helping him repeatedly achieve some major milestones in his career. For example, he has been named the number one residential sales consultant and sales marketing consultant in Australia at various times. His office has also been number one in terms of gross commission (Australia) and has personally negotiated in more than $420 million in property sales.

He likens being a real estate agent to “building a business within a business”. “Its 80 per cent attitude and 20 per cent skills,” he says. “You have to do the hard yards. But it is very rewarding if you are prepared to put the hard work into it.”

To stand out in this cluttered industry, McLeod says an agent needs to do something a little different or to offer a better service than others. “You have to add your own touch to stand out,” he says.

McLeod, who once ran an indoor cricket sports centre and worked on the docks and in abattoirs when he was younger, believes that the biggest misconceptions the public has of real estate agents is that they get money for doing nothing. “If it was that easy, everybody would be doing it,” he says.

He says building lasting relations in this business is not rocket science. “You just have to treat people the way you would want to be treated. Keep in contact and always do the right thing.”

Similarly, there’s no magic bullet for getting lots of listings – just lots of good old prospecting and building a database. “But it’s no good having a database, if you don’t manage it well and keep in touch with the people in it,” he says.

He says that vendors with pre-conceived ideas of property's value, based on emotions, make it harder for agents to do their jobs. In fact, he believes all sellers should have an independent valuer go through the property first.

His advice to sellers is to listen to the recommendations of their agents (as long as they are reputable agents). “If you went to the doctor, you would listen to him or her. So why would you not listen to your agents? They're also professionals.”

He also warns sellers against choosing an agent based on price and how much the vendor can get for free and the cheapest fee. “The cheapest agent can end up being the most expensive,” he says. “Agents that don't believe in marketing may charge less, but you also get a lower price. If the real estate agent can't negotiate his or her own fee, it will be very hard for that person to negotiate a very good price for the seller.”

In addition, he tells sellers to be wary of agents who, when prospecting for a sale, tell the vendor they already have a buyer.

What McLeod most likes about his job is making somebody's day, “looking at people's faces after they have bought or sold, and accolades for giving great service”. What he least likes is making phone calls and prospecting.

He doesn’t believe it’s absolutely necessary to use a real estate agent to sell a property. “You can sell it yourself. However, you do need an agent that is reputable and has the skills necessary to get the maximum price. A good agent who can negotiate can make a difference of tens of thousands of dollars in price. It’s like using a GP versus a specialist,” he says.

McLeod, who describes himself as real estate’s most eligible bachelor, can be found in the gym, jogging, surfing or on a weekend getaway when not selling houses.