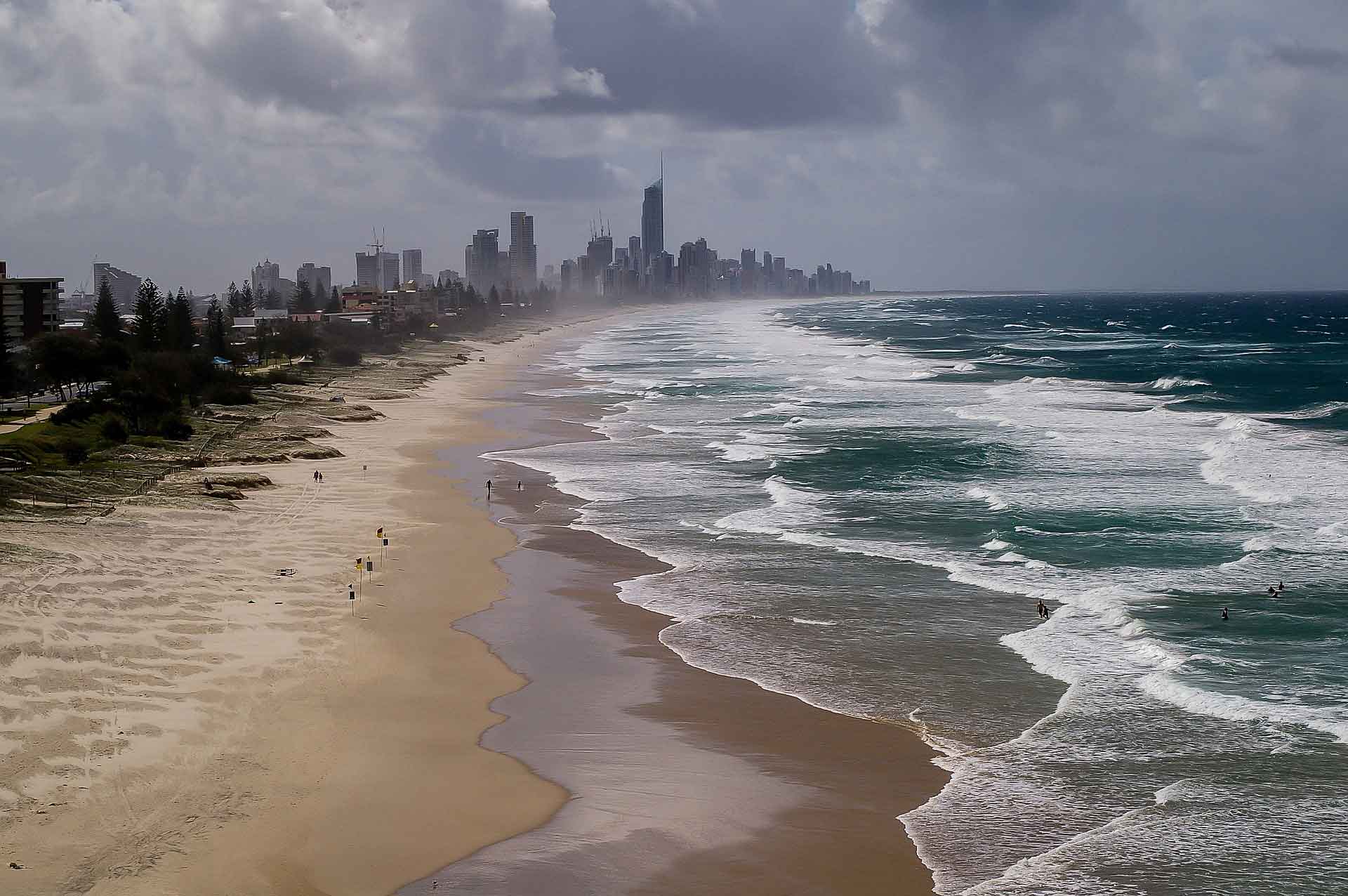 A lot of us dream of living in a city that’s always sunny, where the surf is good and the locals are friendly, a place with all the benefits of a coastal town combined with the bustling nature of a city. While many never make it out of the suburbs, more people are starting to  discover exactly what the Gold Coast, Australia’s most affordable beach city, has to offer.

The Gold Coast’s housing market is not only strong and healthy, but affordable. It’s home to a number of young people and families that have moved to the coast away from major cities to escape unbreachable housing markets. Property in the Gold Coast is as diverse as the environment itself, with a number of entry level properties that are suitable for any home buyer, while also offering larger, higher value houses to those who can afford it.

The median price for a house on the Gold Coast is a modest $556,000, and despite it being higher than the benchmark of $446,000 set for the entire state of Queensland, property on the Gold Coast is still relatively affordable when you take into account everything the city has to offer.

The popularity of the Gold Coast is unwavering, with more than 550,000 residents and over 10 million visiting tourists every year, 849,114 of which are international. Despite the popularity of the coastal city, the Gold Coast’s housing market is a little on the slow side, with property spending an average of 82 days on the market which is something characteristic of a number of major tourism destinations.

The clearance rate is less than 41.7 percent, suggesting homeowners in the Gold Coast are more likely to sell privately rather than at auction, which could be a result of the number of investment properties in the area as well as the 35.84 percent of residents that live in rental properties.

The Gold Coast’s popularity is due in part to it being one of the most livability coastal cities in Australia with a warm, subtropical climate averaging 25°C all year round. There is reliable and comprehensive infrastructure throughout the Gold Coast, most notably an extensive canal and waterway systems that acts as a living feature for the many residents on the water.

The city also offers both a light and heavy rail, as well as other modes of public transport like the Gold Coast highway that can take residents anywhere up the coast. Due to the distance to most places in the Gold Coast more than 70 percent of residents drive to commute to work.

The Gold Coast has so much going on, like the new Pacific Fair shopping complex and the strong local economy, a creative culture supported by institutions like the Arts Centre Gold Coast, making up for over 70 percent of all film productions in Queensland and the iconic city is even hosting the 2018 Commonwealth Games.

With so many activities residents and tourist can take part there are more than 5,346,000 million day trip visits to the Gold Coast each year, which is a reason why it has one of the largest tourism industries in Australia. The tourism industry in the Gold Coast is responsible for contributing more than $4.4 billion into the Queensland economy. Tourist frequent the theme parks, including the likes of Sea World Gold Coast, as well as the numerous natural reserves and preservations, like the Currumbin Wildlife Sanctuary and Springbrook National Park. The range of activities available in the Gold Coast contributes to it being one of the best tourism destinations in Australia.

The city began to boom in the 1950s, when an inflating housing market and growing tourism industry resulted in the stretch of coast becoming the major destination it is today. Having become a city in its own right the Gold Coast is now the largest non-capital city in Australia. Sitting less than 60 kilometres from Brisbane and touching the border of NSW it has continued to expand over the years.

There is a large central business district in the Gold Coast, with a number of both small and large businesses occupying the numerous high rise buildings of the iconic skyline. This may be an appealing factor to those moving there from major cities because they can still work in office jobs and professional occupations and travel to the city, with a lot of companies setting up shop in the Gold Coast.

Whether people flock there to enjoy the 60 kilometres of coast, its nature preserves, rainforest hinterland, theme parks, strong nightlife and art or music culture, the Gold Coast has much to offer tourists and residents alike.

For more information on finding a local agent, check out our tips here or visit our blog for resources on selling your home.